Sorry for being a bit behind in getting out this race report.  Was able to attend the race in person (as a spectator), in addition to the post race celebration.  [BTW - both were epic.]  But, had been feeling a bit cruddy heading over the Bozeman on Friday..................then, as I was sitting at Colombo's post race and visiting with Chad Coley - the chills kicked in.  Spent a long, mostly sleepless night on Kelly & Liz Fulton's couch with chills and sweats.  Needless to say, the first few days of this past week found me feeling a bit marginal.  So, it's taken a few days to where I've had enough energy to sit down and put my thoughts down in bits and bytes.

The preliminary field included 15 entrants.  But, due to injury an illness 4 had to scratch - including Scott Creel and Pat Judge.  With Peter Dan Sullivan already out (due to business travel commitments) - it was pretty clear the race was a wide open affair and going to be a completely different event than the first 9 editions. 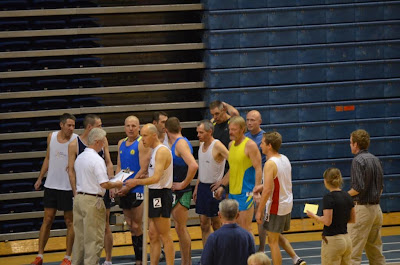 At the gun,  Bryan Johnson of Helena took the lead and built a small gap over the first 400.  Johnson, who was participating in his first M4 is known more as an ultra-trail dude.  But, he just couldn't pass up the chance to hit the boards with the best old farts in Montana. Taking the field through 200m in 37 and 400m in 73, Johnson looked strong as a pacesetter, with Ray "The Sandbagger" Hunt nestled in right behind. A chase pack consisting of Matt Edwards, Chad Coley and Rob Walker was sitting about 5 meters back and holding. 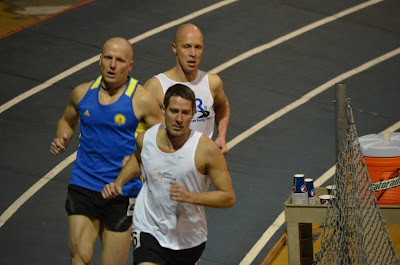 Johnson hit the 800m in 2:28; and, that's when Ray Hunt decided that it was time to push the pace and commence the flames shooting out of rectum segment of the race.  At this point, Coley, Edwards and Walker had made contact and the pack was up to 5. 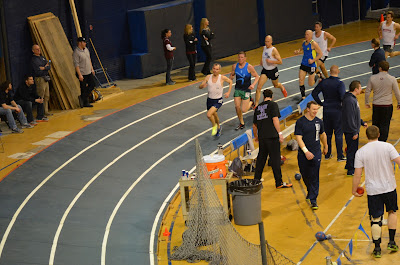 This move speeds up the train and they hit 1000m @ 3:03 and 1200m @ 3:38 (a 70 second 3rd 400).  And, that when mayhem began to present itself.  Edwards made a big move coming around the corner and took command of the race.  He was looking strong as they came through 1400m.  But, then, Chad Coley decided to show that he had plenty of horsepower left.  He whipped around Edwards on the first curve and the fat lady started to sing. 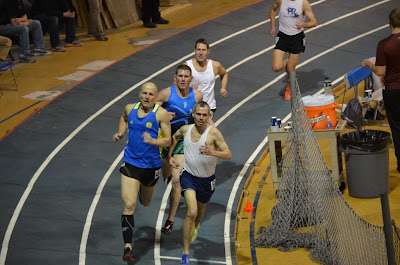 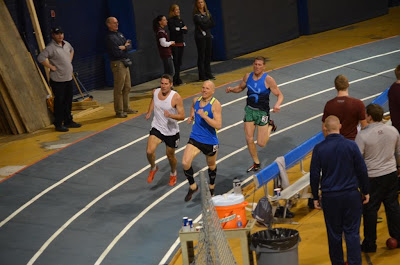 It was a great event with over half the field breaking 5:00; and, SMP just missing sub-5 @ 51.  Official results are: 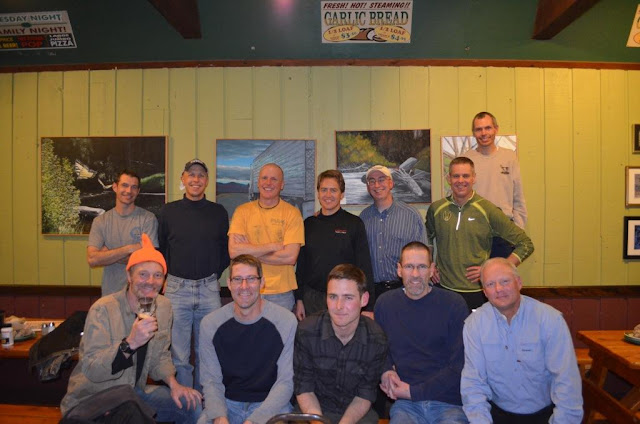 The crew (with race committee and sponsors) post event

A great video, courtesy of Chad Coley's wife can be found here:  http://www.youtube.com/watch?v=HNSZ3zAyq6E

The Muddy Buzzard
Posted by Tony B at 7:28 PM