Okay - so finally have found some time to get to the last race of the USATF XC Championships Recap - that being the Old Man's Run (aka Mens's Master's 8K).

First, a little recap of the conditions.  The course was at the Plantes Ferry Sports Stadium in Spokane Valley.  It's a big regional park with baseball and soccer fields.  It is an all grass surface that is in pretty good condition.  Not quite a golf course; but, not much different.  It's mostly flat, with a couple of short bumps/hills at about the 1K point on each of the loops.

Friday day was wet and drizzly.  No wind, mild temps - would have been a great day for a race.  But, we were a bit nervous about how sloppy the course would be with the steady rain.

Race day dawned clear and clam with very mild temps.  Even for the first races, the temps were in the low to mid 40's and there was just a mild breeze (it picked up off and on; but, never really was strong enough to be a significant factor during th race).  Amazingly, after such a short time, the rain had no real effect on the course conditions.  The grass was mostly firm; and, only a few very short soggy spots.  As with the temps and the wind, the course conditions weren't going to be a factor in the race.

Okay - now onto the race itself.  The field wasn't as big or as deep as it has been at some past master's races; but, was stll a reasonably solid race itself.  Some of the top finishers included guys like Tracey Lokken (champion), Mike Blackmore, Darren DeRueck, Andy Ames, and Danny Salazar.

For me, the race went pretty solidly.  I ran pretty consistent loops (the course was series of 2 kilometer loops) of 7:30 to 7:40 per segment.  I got out pretty comfortably; but, made a classic mistake and didn't cover a pack break up at about 1,500 meters.  As a result, I was in no man's land for the last 4 miles of the race.  I picked up a few guys - but the bigger pack of guys that I probably should have been with were well out of reach.

Jeff Thomas had a great race.  For a guy who has battled some tough injuries and illness - he came through like a trooper.  With a 30:44 time, he finished 33rd overall and 24th in the 40-49 age group.  It was great to see him back in the saddle and riding hard again. 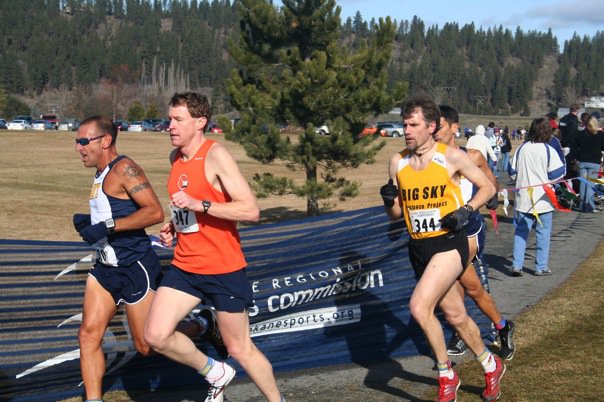 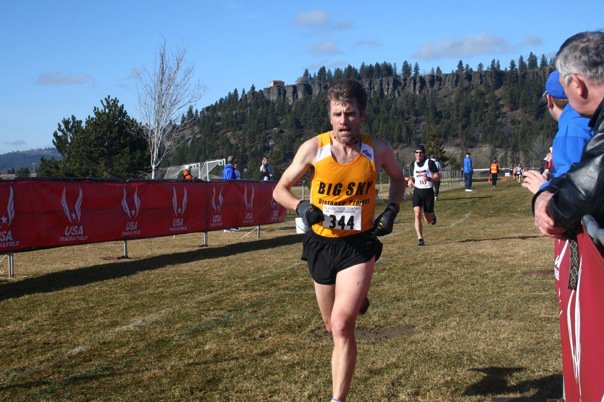 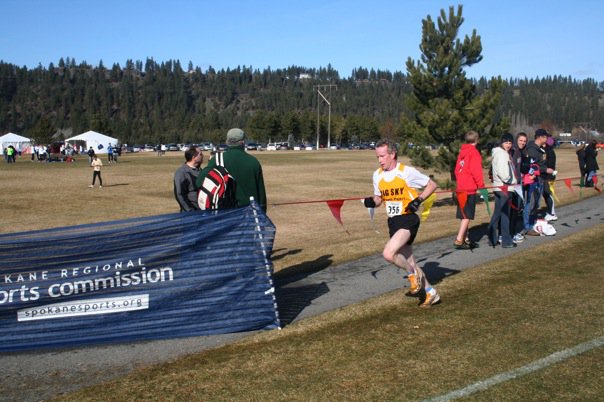